I’ve encountered reactions to my Southern accent on my journeys outside the Southeast.  But I didn’t expect to when I traveled to Iona.  In an international place, I assume there’ll be many accents so that none will stand out.  That’s what I’d experienced on my trips to New York City –so many foreign tongues that mine was just one more.  That wasn’t the case at Iona.

On our first night together, we mingled over cups of tea and oatcakes.  I felt a nudge to talk with a man from Holland who was maybe ten years younger than me.  Once we started talking, he stopped and said, “Your voice, the way you talk, it’s so weird!”

I couldn’t help my knee-jerk reaction, my face responding to his comment, my first time hearing my voice labeled weird.

“I don’t mean that in a bad way,” he said, concerned that he’d offended me.  “It’s just I’ve never heard someone like you before.  Where are you from?”

“North Carolina — in the States.  I’m from the South.  That’s the region where my weird voice is from.” 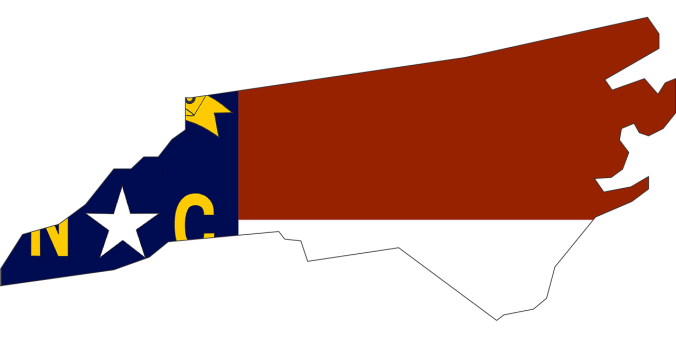 He chuckled then continued telling me about his life for almost an hour.  More conversation followed at points during the week—when we shared our meal duties on the Seal team and walked alongside each other on our island pilgrimage.  That man from Holland wasn’t the only one to react to my accent.  There was the man from Australia.

He was older, attending with his wife as a fiftieth wedding anniversary present.  After several days at Iona, with more conversations in small groups, he talked as easily as his wife.  He made a comment about me being from the South and attempted to imitate me, with what came out as a cowgirl, Wild West type accent.

Really, an Aussie thinking he doesn’t have an accent, I thought.  I laughed at his attempt to sound like me, and let go of my typical embarrassed, pride-hurt response.  I’d decided to just be myself and accept whatever happened at Iona.  That included my ego about being good enough, sophisticated enough, educated enough.  The father-like Aussie was teasing me and by the end of the week, I gave it back. 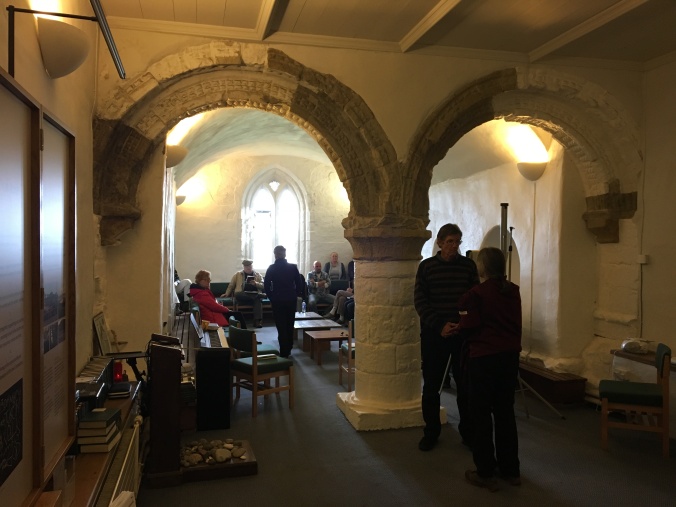 On Wednesday evening by the fire, we shared songs, stories, and other talents.  I read one of my personal essays about taking Mama to eat with her brother.  It’s a bittersweet story, filled with pathos about the changes in Mama from dementia, and joy at the richness of being with family.  After my reading, several people told me how my story had touched their hearts.  One woman, from Oxford, England said that what made the difference was my voice, me reading the story.  The next day, she told me she’d been thinking about places where it might be published and then added, “You should read it on the radio.”

My voice, my Southern accent on the radio, recommended by a woman from Oxford.  My, oh My!

That afternoon, when I went to the nearby hotel to use the Wifi, I ran into the Aussie man and his wife.  He told me he was unclear about the location of my story.  He said he knew it was in the South, and did a bit of a Connie impersonation.  I would miss him when we parted the next day.  I couldn’t resist a comeback.

After I answered his question with a quick North Carolina geography lesson, I said, “You know, I would have liked to talk with you more this week.  But I just couldn’t understand your accent!”

He and his wife laughed.  I would remember their warm smiles and the weird way they talked, those Aussies in Iona. 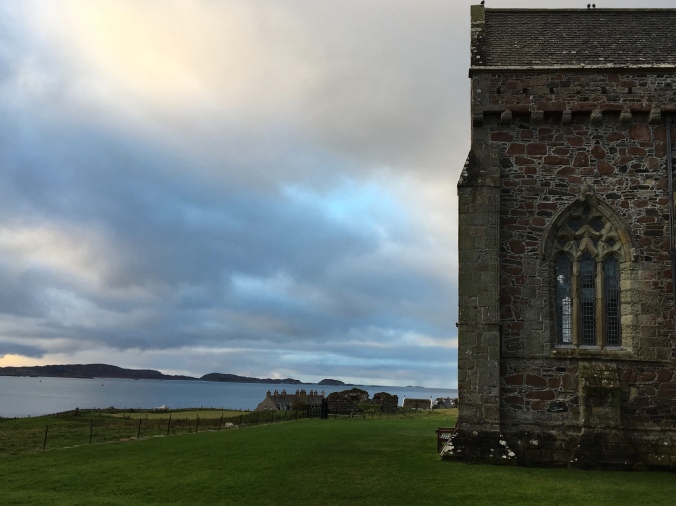 In what area of your life do you feel vulnerable?

How are you able to let go of that in order to be open to the experience of that moment?

How would it change your life if you let go of that vulnerability and accepted your whole self?