October is a month of fall festivals and breast cancer awareness.  Yesterday, both came together when I attended the Big Foot Festival near my hometown of Sanford.  I don’t know a lot about Big Foot, but I went to support my friend, Donna, who’d organized the event as a fund raiser for clean water efforts.  Walking along the food vendors, I spotted a woman in a pink baseball cap with shiny rhinestones forming a breast cancer ribbon.  Sometimes I hold back, not sure if that person wants to share, but her cap was so bold that I felt it was an invitation.

She told me about her shock when an Emergency Room doctor abruptly announced that her back pain was caused by cancer.  Through tears she relived hearing the “C word” and later learning that hers was Stage IV.  Soon she added, “God is seeing me through and I’ve been able to help others, especially women who’re now more aware.”

“I’ve had breast cancer, too,” I said.  “Now it’s been seventeen years as a survivor.”

“Thanks for telling me,” she responded.  “Some days you just need to hear that. 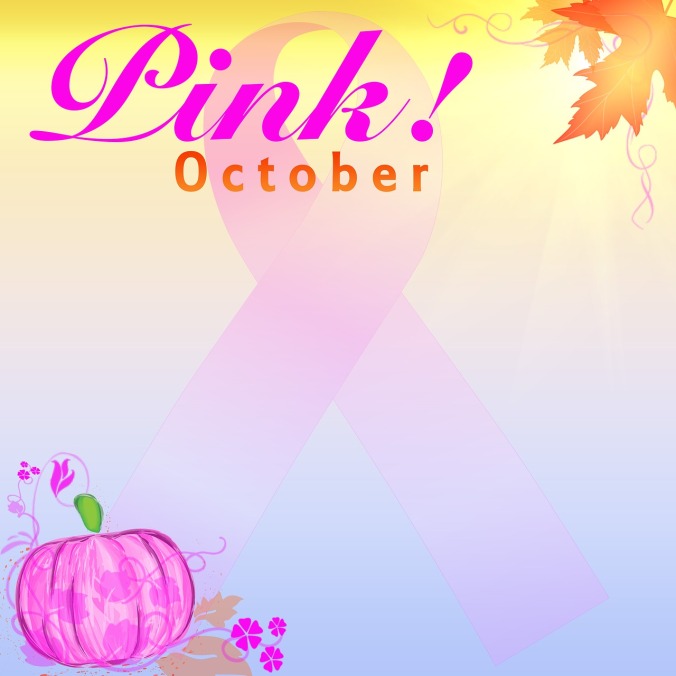 She told me of her shock at hearing the “C word”

She recalled how she’d been supported by her community: cards, meals, gifts.  Her face brightened as she told me about her plans for the future.

“That’s right, look toward the future,” I encouraged her.  “While you’re taking the needed treatment steps, you’re moving on to the things that you desire.”

We hugged goodbye.  I added her to the women in my breast cancer tree, the one I pass on my morning walks that reminds me to hold them up to the light of prayer.

I took advantage of the food vendors—eating all those fair-like delicacies; hotdog with mustard, chili, and slaw; quesadillas with pork; Big Foot sugar cookies; mango and strawberry shaved ice.  Saturday was no time to stick to a healthy diet.  Eating with Donna’s family and friends, we sat in lawn chairs around her booth of merchandise, including tee shirts she designed, furry face masks of wee Big Foots, back scratchers of the mysterious creature’s paws.  How nice it was to be grafted into this group, my friend the central figure who pulled us together.

I saw a couple of women I hadn’t seen in years, one telling me I should spend more time in my hometown.  The other woman’s three children were contestants in the Big Foot hollering contest.  It occurred to me how seldom I participated in such community events—usually too busy doing something purposeful, goal-directed.  How relaxing it was to just move in the flow of this festival, no expectations, no responsibilities—just enjoying the afternoon.

As the sun was setting, casting that gloaming light over the Deep River, we listened to people tell stories of their encounters with Big Foot.  I thought back to my experiences in Scotland.  Just a few weeks before I was riding a boat out into Loch Ness, listening to accounts of Nessie in the seven- hundred- foot water.  I could see Alistair, our retreat leader in Iona, lying down on the hill of the fairies and telling about Celtic beliefs.  If felt like Big Foot, the Loch Ness Monster, and Celtic fairies were now being joined. 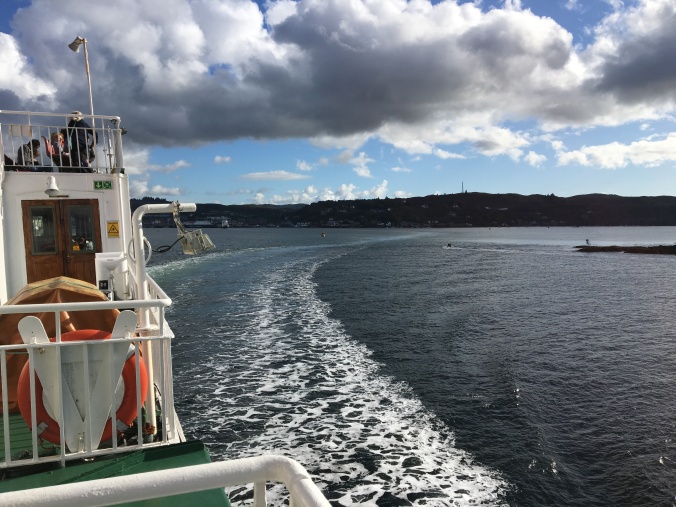 Watching the light disappear, I noticed the foundation of the bridge over the river was made of stone.  That’s like so many buildings in Scotland, I thought. The path that I’m called to follow is the same in Sanford as Scotland; be present, be myself as I encounter the people in my path.  Today there had been the woman with breast cancer, my widening circle who shared Donna’s generous friendship, and those who’d experienced realms unfamiliar to me.  All had woven a beautiful tapestry on a fall day. 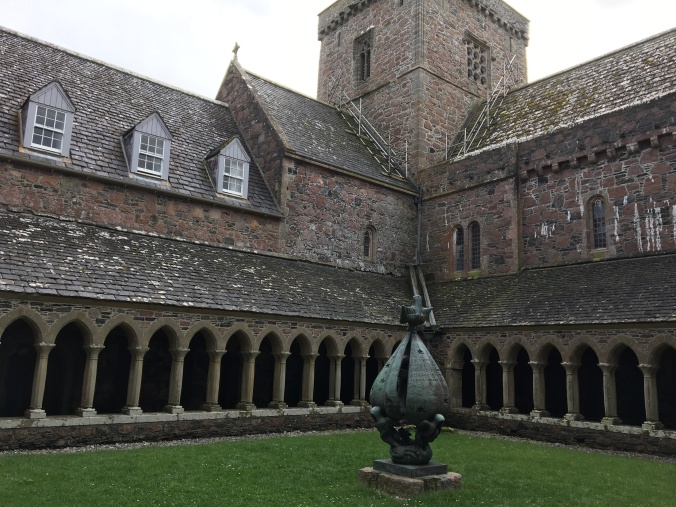 In what ways have you seen your call in life being expressed the same way while in different places?

How can you live into that this day?

What new threads do you see in the tapestry that is your life?