Years ago when Mama went to Parkview and we were cleaning out her house, we sorted the contents of her closets. Mama was never one to throw anything away, especially not cards or correspondence; the same had been true of Daddy. One box proved to be quite a treasure: letters Mama and Daddy sent to each other during their courtship in the late forties.

I’d never seen the letters. If Mama had still been living at home, I don’t think I would have read them because they seemed too personal for a daughter, witnessing a very different side of her parents so many years later.

Mama met Daddy through his sister, Polly. She and Mama worked at Pope Air Force Base during WWII. Polly was a commuter, traveling the twenty-eight miles from Sanford with other women from the community, while Mama lived on site. They became good friends and Mama went home with Polly to meet her family– and later, Daddy.

The letters were written years after Daddy returned home from the European theater. There are lots of them, usually two a week from each to the other. Daddy was living in Sanford on the Rosser homeplace, taking care of the farm and going to school in the evenings. I don’t know what kind of classes he was taking and there’s no one to ask.

After WWII ended, Mama moved to Kansas City then Atlanta to work with the airlines. Then she returned to North Carolina and took a job in Raleigh at the S & W cafeteria, where she and friends lived in a rooming house.

Mama and Daddy’s letters frequently speak of their jobs; Daddy deals with the weather impacting the crops and Mama’s work is impacted by conventions in the capital city. There are many references to family members who visit and that’s a lot of people since both of them were from large families with eight children.

What Mama says in her letters doesn’t surprise me. It’s as if she’s having a conversation and telling you what she did at work, about going to the movies with the girls in the rooming house, the latest news on her family and friends, and plans for her next date with Daddy. Arrangements for getting back-and-forth to see each other had to be worked out in the letter since neither of their homes had a phone. Sometimes they took a bus and at others they caught rides with family or friends.

Mama does leave lipstick kisses on many of the letters which seemed a little surprising given how proper she was raising her three daughters. We’d seen Mama’s ‘flirtatious’ side as she’d shared stories about the guys she dated while working at Pope Field. That charming side of her is evident in her correspondence with Daddy.

He’d encouraged those lipstick kisses on her stationary, writing on the back of one of his letters, “Thanks for the kisses darling.”

In fact, Daddy’s letters did surprise me. He is unabashedly smitten with Mama and he doesn’t hold back from saying so. In one letter he wrote, “Darling I received your letter this morning and was so happy to hear from you. Thanks a million. You’ll never know how much I miss you. Still hoping you miss me too.” I always knew Daddy loved Mama, but they were so parental in front of us that a child couldn’t imaging them having a separate life as anything other than Mama and Daddy.

I remember when I was a girl I had a huge crush on Roy Rogers. When he and Dale Evans would sign off of their weekly show and sing, “Happy Trails to You,” I would literally kiss him on the television screen. One day, Daddy walked in and caught me kissing Roy Rogers and said, “Oh for goodness sake! You’re so mushy!” Now, in reading his letters to Mama, I think, “You’re one to talk!”

In every letter, he clearly says to Mama that he can’t wait to be with her again. You don’t have to read between the lines, there’s no wondering how he really feels, no calculated moves playing a game of cat-and-mouse-dating. He just puts it out there, his heart on his sleeve.

Reading these letters, I realize my parents’ courtship came at a unique time in history, a time when letters were valued since they were the main way to communicate. But regardless, I think they’re also instructive. They clearly show what each person values–hard work, family and friend relationships, and most of all, they love and value each other and they clearly say so. There’s no holding back.

Thinking about this post, I remembered back to the song “Love Letters” that I’ve heard over the years but knew nothing about. Now I read that the lyrics were written by Edward Heyman and the music by Victor Young. It was the most popular song in 1945– right before the letters written by my parents. I can imagine that Daddy and Mama loved that song and it was likely playing in their heads as they wrote to each other on those late nights. 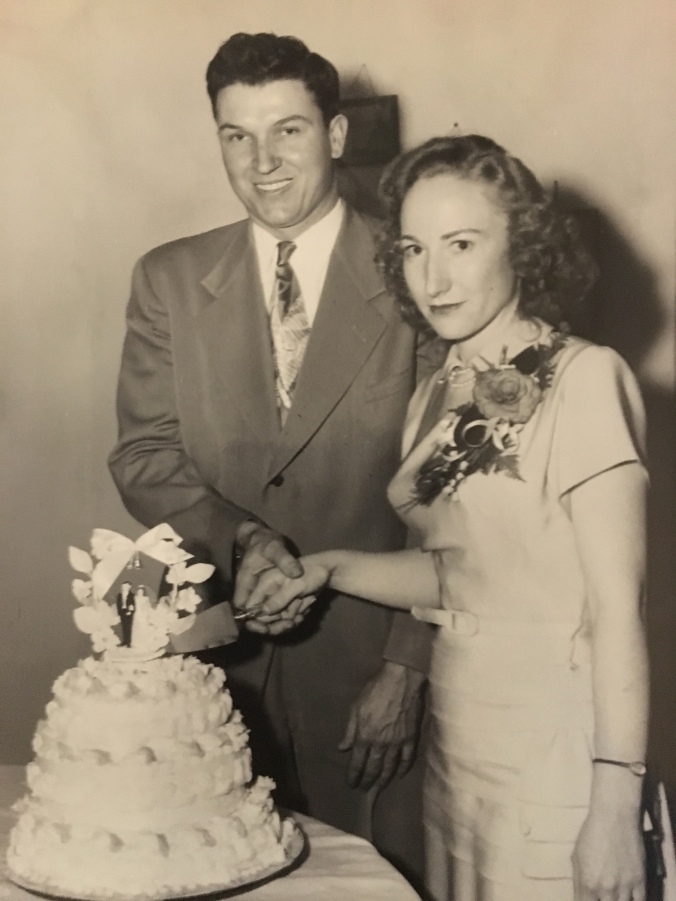 Love letters straight from your heart,

Keep us so near while we’re apart,

I’m not alone in the night,

When I can have all the love you write,

I memorize every line,

Again from the start,

Love letters straight from your heart.

Years after Daddy died at age 57, I remarked to Mama that it was sad that they had only had twenty-seven years together, when other couples had so many more.

“Well, I’d rather have twenty-seven years with Gene than a lot more years with some other man,” she responded, with that pragmatic realism, that sureness that she had experienced a true love. 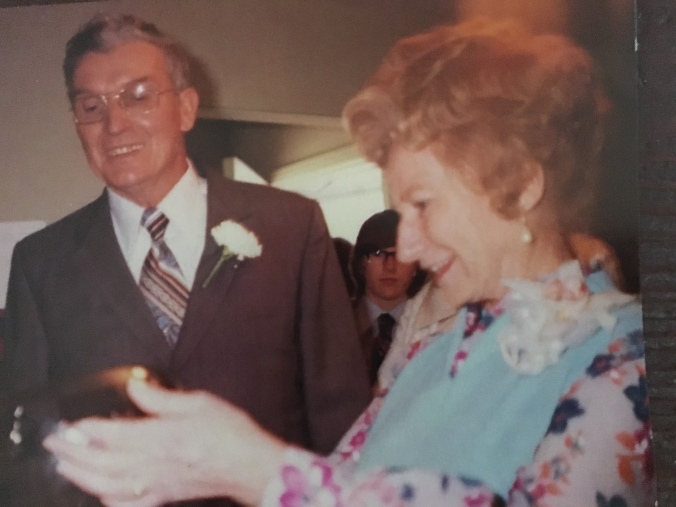 I’m grateful for this example of true love that my parents gave me. May we all find love that is straight from the heart, unabashedly declared so that we know we are truly cherished.

14 thoughts on “Love Letters Straight from Their Hearts”