This was a tough week.

It started with my therapy session on Monday night. It had been a while since I’d seen my therapist so there was a lot to tell. He listened to me recount the sadness that had been predominant. It seemed that two recent losses had unloosed an avalanche of emotion within me: the deaths of my ninety-nine-year-old friend, Pauline and of my cousin’s son who was forty-four. Their deaths were one week apart and for different reasons they both brought out the pain of going through the loss of my marriage. 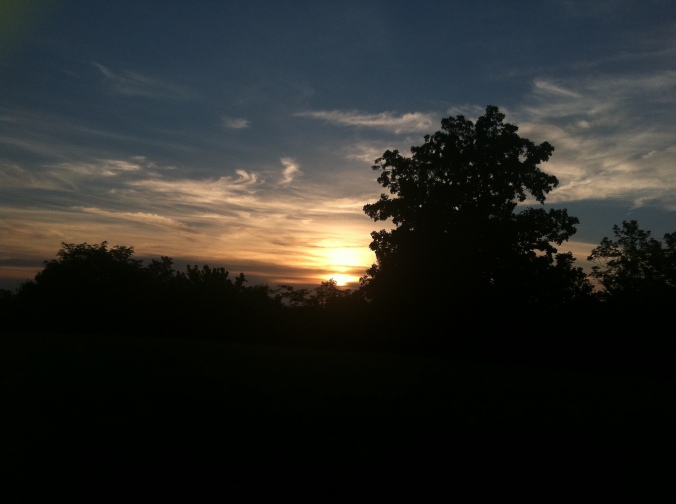 My therapist listened to my account and then responded that I was facing head-on the reality of my situation, experiencing the pain without avoiding it. He didn’t say I was in the worst of it; how could he since you don’t know what’s ahead. I can’t say that I felt ‘lighter’ after the session– only that it felt like raw honesty that is very real, but not what you want.

The problem with an evening therapy session, is you don’t have time to work through all the emotions that were churned up before bedtime. It was the early hours of Tuesday morning before I dozed off. I’d told my therapist that I’d only been getting good sleep about a third of the time. He was empathetic, but also let me know that was what he’d expect.

There is no way out, no easier path to take. The only way is through, down this path that at times seems to have barely enough light to see the way.

By the end of the week, the focus was on Halloween and I tried to get my tired self into a festive Trick-or-Treat mood. I was excited that my grandson, Baker is more aware of things now that he’s eighteen-months-old. All of our family, except my husband, went to a Halloween potluck at my niece’s house. It was fun, and a distraction from my low mood, to be with my family and to have lots of costumed children around. 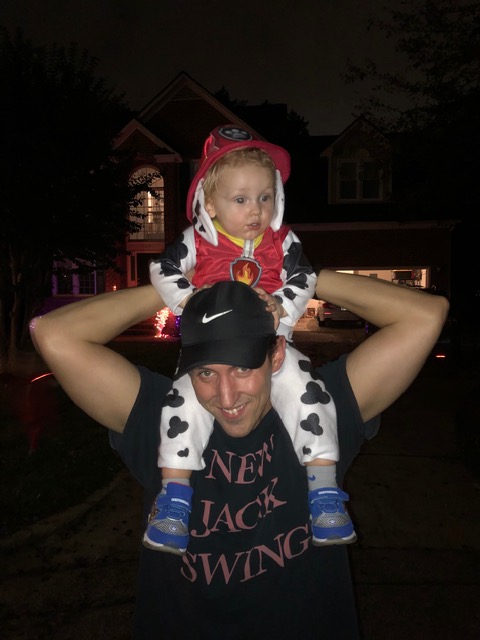 But seeing the other families who were there, the married couples who I’d known for years, who knew me and David, felt like more facing reality head-on. None of them mentioned our separation and I was grateful. But part of me thought I should have gone in a costume as an elephant to represent the elephant in the room.

The best antidote I’ve found for my sadness is joy; that’s what I experienced watching Baker catch on to Trick-or-Treating. He was dressed as one of his heroes, Marshall of the Paw Patrol. We walked with his cousins down the street and while they eagerly went up to the houses, he held back and needed his dad and mom to urge him forward, holding his hand. After a couple of houses of watching the person at the door put candy in his bag, he became excited and was running his toddle-run to their doors.  How it lifted my mood that night to see him in his ‘blinking’ shoes, the lights making him easy to spot in the darkness. 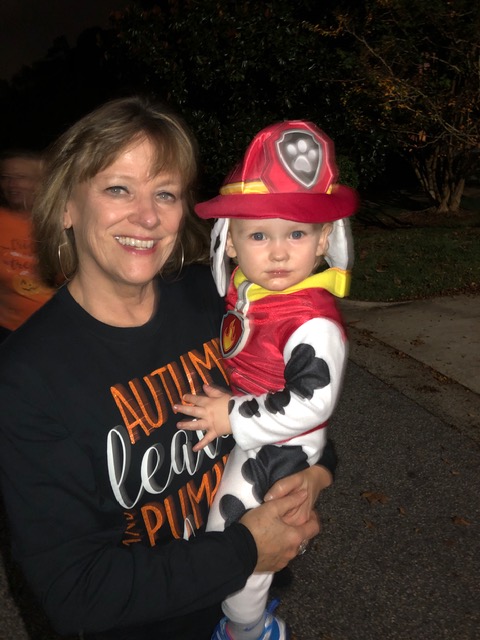 By Friday, it was time to prepare for a weekend author event, but my energy continued to sag. I had a hard time focusing on what to read from my memoir. My older sister, Harriet had helped to plan the Local Authors Afternoon at the YMCA to support me and other Durham writers. I wanted to do my best but felt blocked.

This morning when I was finally getting together my portions to read, my younger sister, Peggy sent me a text. She’d taken pictures from a book that we both have, Ruth Chou Simons’ gracelaced. Along with the photos of text from the chapter on Light, she said, “Was reading this and thought it might bring you what you need today.” She didn’t know I’d been struggling to prepare for the YMCA reading.

In the section of Simons’ work, “Just Enough Light” she says,

Just tell me how to avoid all pain and experience all the best, my heart cries if I’m honest. But as it turns out, we might ask for an unmistakably clear path only to receive light for just the next step.”

I could identify with that statement. I wanted God to light up the entire path, help me to move on down this road and get all of this change that’s causing pain, behind me. Instead, what I’d found this week was just enough light to get to the next step.

For now, that has to be enough.

23 thoughts on “Finding Light for a Dark Path”