When I was a child, I loved finding hiding places. Among them would be a ditch-like den between two hills where I could sink down into that spot, not able to see ahead or behind. The earthen floor and walls were protection from cold and wind, providing a cozy place to play. In last week’s post, “Afraid of the Next Chapter,” I talked about my retirement from school nursing in light of Bridges’ three phases of change: Endings, The Gap, New Beginnings. I left you in The Gap, to sit with the process, that now reminds me of that childhood hiding place where, by choice, I could sit for a while.

My retirement from School Nursing was an Ending that I’d anticipated for many years. It was a change that I’d chosen. But sometimes Endings are not our choice; they are forced upon us, unexpected and unwanted, like death, divorce, or relocation because another family member has a new job. The forced ending that impacted my life right after I’d completed cancer treatment, was being fired from a job.

Back then, I was trying to navigate working in a clinical trials research company with treatment for triple-negative breast cancer. Within two weeks of starting with that small company, I realized there were problems: negative relationships among the staff, working for a private business trying to survive in a competitive market, operating without the safety net of publicly funded hospitals and schools with their procedures and protocols that protect the client and employee.

I decided to continue my work with the research company and hope that things improved as I became more skilled in my new area of nursing. I’d give it a year, and if things weren’t better, I’d pursue a new job. But right when I was approaching that one year mark, I was diagnosed with breast cancer and couldn’t leave. I had to keep working there to maintain my health insurance.

It was a real struggle through those eight months of treatment and working in the research company. Those experiences are at the center of my upcoming memoir, He Heard My Voice: A Midlife Mom’s Journey through Cancer and Stress and Her Unexpected Arrival at Healing and Wholeness. Things improved for a while after that eight months, but then there was a downward turn. One day I was called into the conference room for an unexpected meeting. The business manager and Tara, another nurse and my nemesis, sat down with me.

“Connie, things just aren’t working out for you here. We’ve all decided that today is your last day,” Tara told me.

I was in shock, angry, stunned, indignant, shamed, and totally lost (I won’t go on now to tell you about the rest of that scene around the conference room table. You can read all the details in the book!).

While I had disliked a lot of things about working with that company, I wanted to leave when I chose to, not by their force.

The days after my firing, were filled with strong emotions, jags of crying, moments of relief, panicky uncertainty, and struggling with God. I walked the half-mile road of our rural neighborhood, what became my ‘track of travail’ and called out to God, “How could you allow this to happen to me?” “Haven’t I already been through enough with the cancer?” 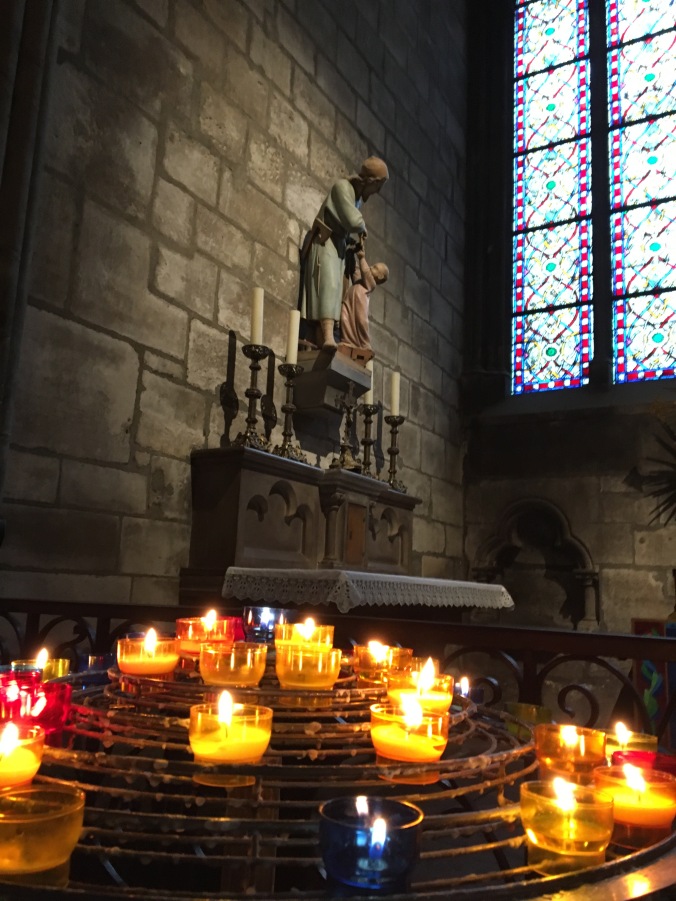 My sudden Ending at that company transitioned into The Gap, where I muddled through and often relived that scene around the table, feeling that anger, that rage, at Tara and the administrators that were behind the decision. Like the pit described in Psalm 40:2 (NIV), which I’d first experienced while working there and going through cancer, I felt like I’d fallen back in that dark hole after I was fired.

A pit. Kind of like a trench, a gap, a place deep in the earth.

With being fired from the job, it took a while in the pit of “mud and mire” to work through that loss and the attendant emotions. Gradually, God lifted me out and set my feet on a firm rock, a solid place to stand. It was then that I could see beyond the pit, from my secure position on the rock. I caught glimpses of what was ahead, of the promise of new beginnings.

While my forced ending was being fired from a job, you may have experienced another type of forced ending and landed in your unique pit of mud and mire. For all of us, it takes working through that muddy place, gradually being able to climb out, through the strength within us, through the support of others, through the mighty lifting by the hands of God.

And once we’re out of that pit, moving up from The Gap, we catch a glimpse of our New Beginnings.  We’ll wash off the caked mud and mire and step forward toward that place which we didn’t anticipate, we didn’t choose, but awaits us with fresh possibilities.

What Forced Endings have you experienced in your life?

How did you deal with that time in The Gap?

What did you learn during that time that has served you ever since?

4 thoughts on “Forced Endings: Struggling in The Gap”