These mornings when I rise before six and walk, it reminds me of late July days as a child on our North Carolina farm. Mama would wake us when it was still dark to get ready and eat breakfast before we went to work in tobacco either on our farm or for one of our neighbors in our rural community. Part of me hated getting up so early, and part of me was excited, wondering who would be working that day—perhaps one of the girls in my class at school or a good-looking teenage boy.

When I was eleven, the summer after fifth grade, I became one of the paid handers,which were  girls or women who gathered several of the tobacco leaves by the stems, and handed them to the loopers. They took the hands and with cotton twine that was threaded to a wooden tobacco stick, they’d wrap the bundled hands and slide them to the end of the stick, going back and forth between the two handers that were stationed with each looper. Most of the time there were four loopers placed around the trailer loaded with the green leaves that had been picked or primed, as we called it in central NC, by the teenage boys and men that did the back-breaking work in the field. 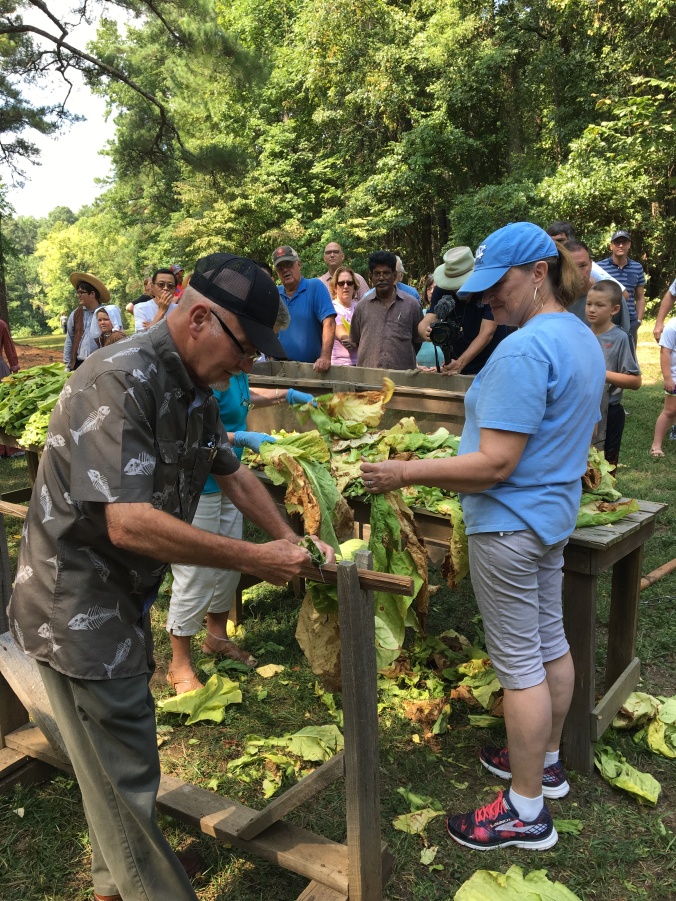 The community of barning tobacco was always interesting to me. There was such a variety of people, some you knew and others you didn’t. That was during the sixties, and while there were racial tensions going on around the country and in our town, whites and blacks worked side-by-side in tobacco. During those days of needing to fill the barn with the 500 sticks that would be cured, we were all laborers, no matter our color. While we returned home to different circumstances and faced different realities, for those hours we were a group working toward a common goal. 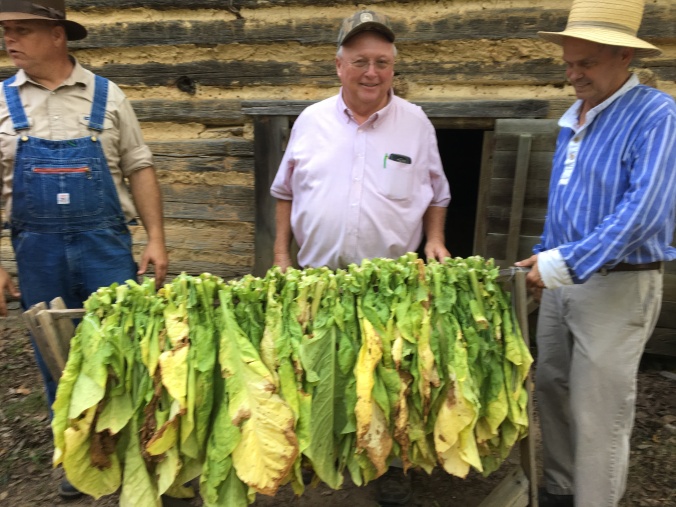 I loved listening to the women talk about the latest news, or gossip. Some of them spun lively stories with more personal details than I would ever hear at home from Mama or Daddy. Sometimes the teenage girls would show up with their hair in curlers, most saying they had a date that night. How they made me want to grow up!

Sometimes there would be a pause in the chatter, only to be interrupted by a shriek when one of the handers picked up a leaf with a hornworm, those tobacco worms with chunky green bodies and a red horn on their tailend. They would be camouflaged in the bed of green and were difficult to pull off once they wrapped around your finger.

More menacing than the hornworms, were the occasional black snakes that the primers put in the trailer just to hear the women screaming at the barn. They were always proud of their trick when they came in from the field later to congregate at the barn, smiling and asking, “How’d you like that present we sent you from the field?” 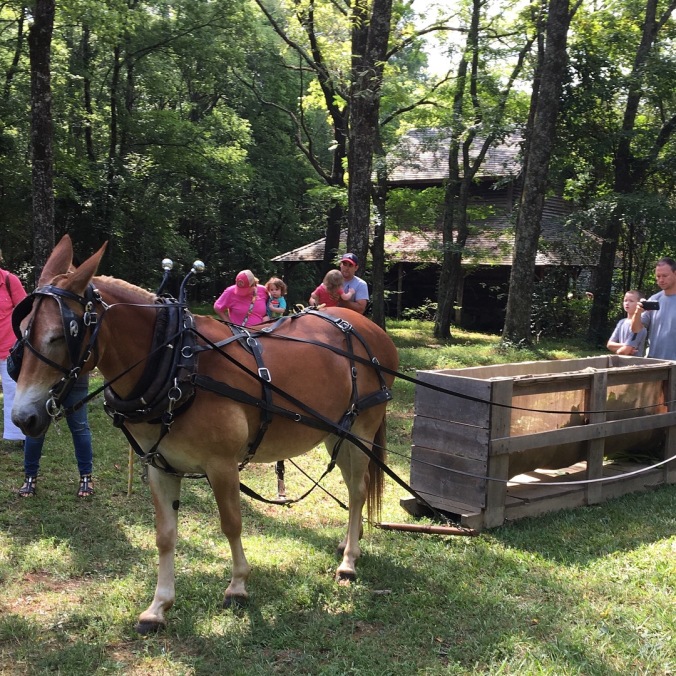 Before tractors, mules pulled sleds through the tobacco fields.

The day of work seemed to stretch on forever with the increasing heat and humidity. Between ‘growing pains’ and the umpteen hands of tobacco to fill the barn, I often went home with my arms aching. Mama would rub them with alcohol. I don’t know if it helped, but I think it did, just having Mama to acknowledge my pain and validate it with her care. Now, I chuckle when I see clips on the news about child labor laws being enforced. When you were the child of a farmer, there were no child labor laws, only the understood need for everyone to help.

And there was also a sense of pride that you were contributing, even as a fifth grader. We saw the barn full of the sticks that we’d filled by our steadfast handing of one bundle at the time. We knew that there was no stopping, no quitting the job until it was done. I think those summer days of working hard taught me life lessons of not giving up, of working with others toward a common goal.

That summer when I was eleven, I wrote in my diary that I earned a total of $55.00, paid in cash at the end of each week by the farmer. I used the money to buy school clothes, an adequate amount in 1966. How proud I felt when I went shopping with my own money.

Now, in this new world that we live in, I’m glad I had the experience of the tobacco barn community, the rich memories and lessons of a hard day’s work, the feeling of excitement and possibility when I walk in the cool of the morning. 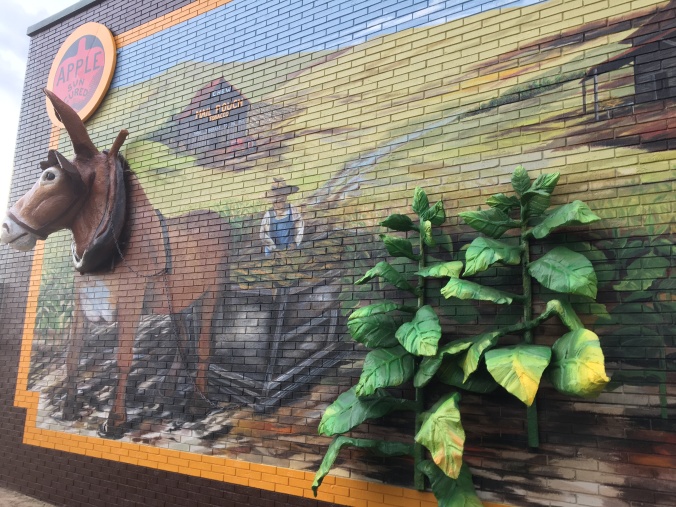 3-D Mural by Chris Dalton in Sanford, N.C., my hometown.

What special childhood memories do you have of summer?

What aspects of those days do you still carry with you?