Just three days into January and I’m starting to feel boxed in.  It’s not the record cold weather, or my Christmas decorations losing their luster.  This is the season when I start to ponder where I might go on my solo journey, my yearly pilgrimage.  The snow in the forecast reminds me of a similar time some years ago when I had a whim about that year’s destination.

My husband and I watched the movie Snow Falling on Cedars about a murder trial in the San Juan Islands off the coast of Washington State.  In the story, the reporter for the newspaper had once been the boyfriend of the wife of the man who was accused.  What fascinated me, was not only their love story and that it was a period piece from the forties, but the huge fir trees and the beauty of the Pacific Northwest.  I’d always loved trees – the large pecans, walnuts, and oaks on our farm.  But I’d never seen trees like the ones in the movie.

“I want to go there,” I told my husband, wondering if he’d think that was impulsive.

The images of the movie stayed in my mind and I wondered if wanting to go there was foolish: a girlish idea for a grown woman.  Besides, my yearly journeys had become like pilgrimages—a Spirit-led trip.  I’d always prayed that God would lead me in the direction I should go.  Could God honor such a whimsical idea?  Would that be foolishness to God?

Eventually, I felt like it was right for me to go.  I booked my stay at a hostel in Friday Harbor and arranged all the details.  After a long travel day, I arrived and moved into a small dormitory-style room with several other women, all much younger than me.

My first morning, I caught the island shuttle bus to all the sites.  It was fantastic taking a prayer walk through the rows of Pelindaba Lavender Farm (see post-Lavender Field Morning).  On my return trip, I talked to the woman bus driver and learned she’d moved to the area after seeing Free Willy.  We laughed at how a movie had been the impetus for us to travel there.

The next day, I took a hike up Mt. Constitution and found I had to depend on God each step of the way.  I went deep into the forest that looked so much like what I’d seen in the movie.  What grace I felt when I safely made it to the summit and beheld Puget Sound.

I traveled for an overnight in Victoria, British Columbia, Canada.  There I stayed in a Bed & Breakfast next to Craigdarroch Castle—a Victorian-era mansion.  I arrived too late to take the castle tour, so I stood outside and observed the full moon casting its light on the turrets.  A security guard came over to me.

“Mam, are you part of the tour group,” he asked.

“No, I’m not with them.  I just wanted to take in the beauty of that moon,” I told him.

“Yeah, and how about you?” I asked, detecting what might be a Scottish accent.

“Well, it’s a long story,” he said.  “Came here years ago from Nova Scotia in search of my father.  We’d had problems but when I became a Christian, I wanted to make things right.  Fortunately, we did before he died.”

I marveled at the interaction with the stranger in my path.  Walking back to the B & B, I felt amazed by how God had worked in and through me during my ‘whimsical’ trip.

Now, I know that God can honor a whimsical idea.  Guess it’s time to start thinking about where I’m being drawn for this year’s pilgrimage. 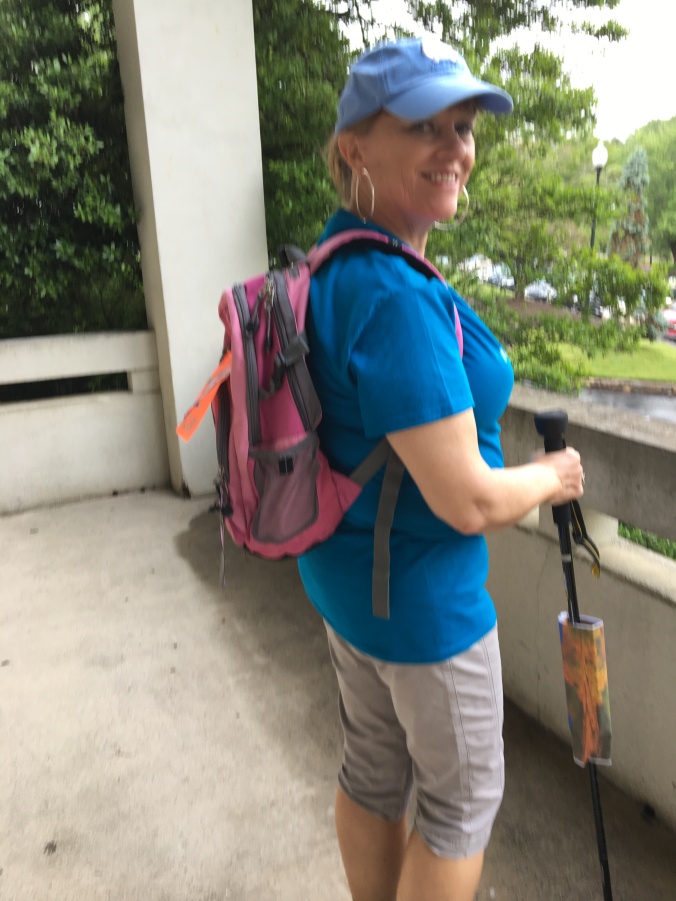 preparing for a pilgrimage

Have you followed an idea that seemed foolish?

Were you rewarded for taking that risk?  If not, what impact did it have?