Tea at Two.  That’s what we’d agreed on, my new online friend and me, fellow breast cancer survivors from either side of the pond.  We’d have tea near my hotel at Hyde Park in London.  I was excited to meet her in person and to have a real British teatime.  I envisioned a table covered in a linen cloth and a floral teapot and cups.  She’d have to advise me on which tea to choose– since I’m naturally a coffee connoisseur.  I assumed they’d serve scones– hopefully ones with berries. 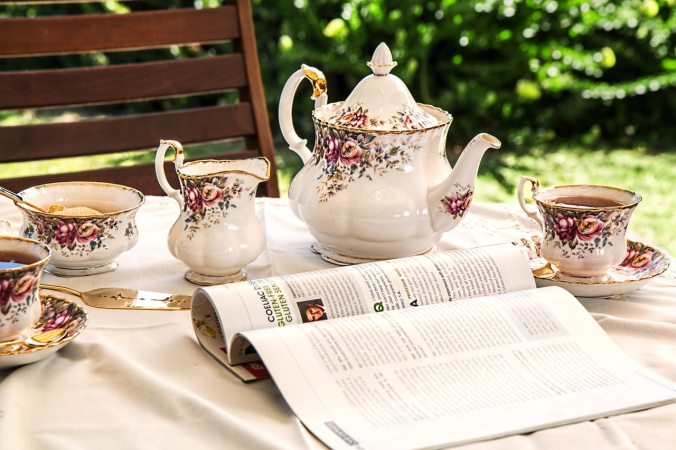 But that’s not what happened.

Everything had been going so well– David and I enjoying our first experience of Paris.  By Friday evening, with tired legs from hopping on and off the bus, we would end our visit with a night view of the city from atop the Montparnasse Skyscraper.  We rode the elevator to the fifty-sixth floor and then climbed the two flights of stairs to the observation deck.

Wow, what a view, I thought as we observed the city from such a different vantage point. I felt deeply satisfied that all my planning had payed off.  We watched the Eiffel tower burst forth like sparklers on the fourth of July– much more than ‘twinkling’ like someone had described.  David saw a news update on his phone that London was on high alert for a terrorist threat after an explosive went off in the subway system.  I won’t let anything ruin our wonderful time, I thought to myself, and focused on the sparkling tower, refusing to worry about our trip the next afternoon to London.

It was time to leave and we took the steps slowly– David complaining that his knee was hurting.  Right when we were about to reach the bottom of the first flight, he missed his last step and turned his knee.

I heard him cry out.  Later he told me he saw white light and felt like he would faint from the pain.  After he caught his breath, we slowly made it down to the street and to the taxis for a quick ride to the hotel.  I was dumbfounded by our sudden change. I switched into my automatic ‘school nurse mode’ and thought we have to get him off his feet– elevate, ice, and rest his left knee.  Right when I get the ice pack in place, I see a message on my phone.  My friend can’t meet on Monday for tea; she’s had something unexpected to interfere.

Ironic that I’ve had something unexpected, too, I thought.  I’d done everything for David that was familiar, but the greater challenge was how I was going to handle the unfamiliar; seeking medical care with him immobile, using travel/medical insurance in another country, canceling and rescheduling reservations for the train and hotel in London.  Would he need to fly back early?  And what about my solo journey, would I need to cancel it?  My mind tends to think first of the worst scenario– and that was certainly true that night as I tried to go to sleep.  My prayer was that God would help me to stay present, focus on just what I needed to do one moment at the time.

The next morning, the hotel desk clerk told me about the SOS Medecins– doctors who made house calls.  She contacted them and within an hour a physician knocked on our door.  He provided prescriptions and notes to authorize an extension of our Paris stay– giving me the paperwork the insurance company required.  Afterwards, I set out, to pick up the meds and crutches and then to buy food for lunch.  We’d planned to have a picnic in Luxembourg Garden’s, but that wouldn’t happen now. 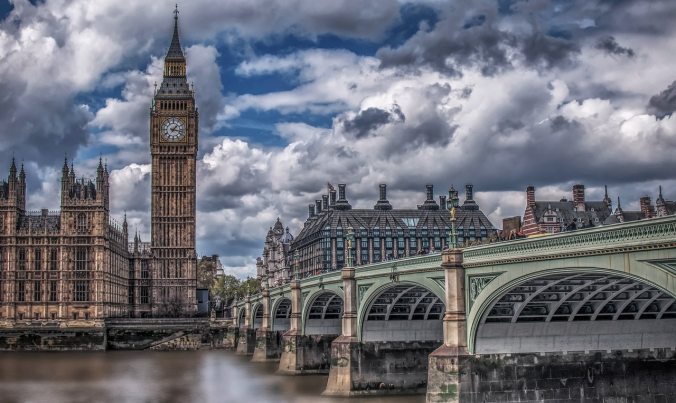 London had to wait

With the cool, fresh air and the streets bustling with Saturday, my mood brightened.  Things were working out, not as I’d hoped, and not ideally for David who’d been in pain. And they continued to work out, with our extra night in Paris, and our brief stay in London.  I was sorry that our trip had been impacted by David’s injury, and sorry that I didn’t get to have that tea time with a new friend.

But injuries, like illnesses, make you slow down and force you to be present.  We’ll always remember this trip, and how one mis-step changed everything and we went through it together.