On a chilly day in early April, we ate lunch together on the Duke University campus.  Carol, Cathy, and I were all cancer survivors and now, Relay for Life team members for the Congregation at Duke Chapel.  I told them my plans to take a pilgrimage to Iona, Scotland.

“The veil is thin there,” Cathy told me.  She went on to describe this veil as the place between life on earth and the life that awaits.  She’d been present in that space when she sat with critically ill hospital patients who were near death.

Later, I read about that ‘thin place’ in my book, Iona: A Pilgrim’s Guide by Peter W. Millar.  He says that Rev. George MacLeod, the founder of the ecumenical Christian community of Iona, saw the patterns of weaving vines in Celtic crosses pointing to the intertwining of heaven and earth.   Rev. MacLeod said that Iona itself was a ‘thin place’ where the material and spiritual came close to each other. 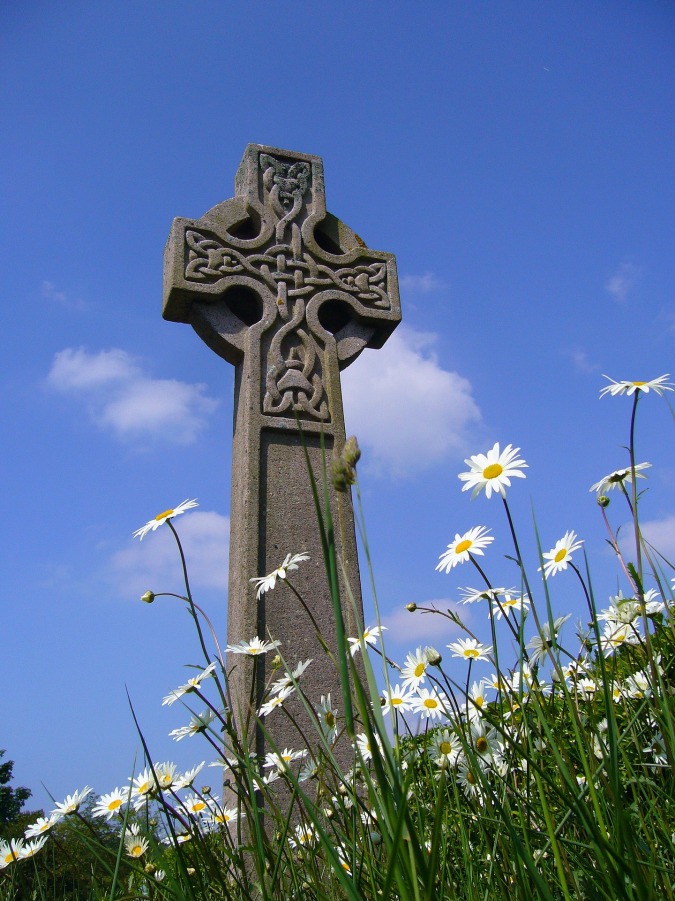 I remember experiencing that kind of space when I was diagnosed with breast cancer.  Having a potentially fatal illness, makes you look more closely at life on earth and life beyond death.  Later, when the crisis had passed, I wished I could stay in that ‘thin space’ in order to keep a proper perspective on life.  I wonder how I’ll experience this at Iona.

Part of me keeps away from any space that’s in between.  Uncertainty raises my anxiety and causes me to feel a bit off-kilter.  When people say of faith, to “live into the mystery” I’m not sure how to do that.  Don’t we all spend our days trying to be more certain?

My solo journeys start with a feeling of stepping into the unknown.  I remember when I traveled to the San Juan Islands off the coast of Washington State.  I chose that destination after I was mesmerized by the movie setting for Snow Falling on Cedars.  Was it foolish to take a trip across the country based on what could be whimsy?

I stayed in Friday Harbor and took the ferry to Orcas Island to hike up Mt. Constitution.  The path coursed through a forest that looked like the one in the movie.  Climbing that mountain gave me time to feel God’s presence and think about the path of my life.

The next day, I took a ferry to Victoria Island, Canada and visited Craigdarroch Castle.  I watched the full moon shine down on the roof with its angles and turrets.  A security guard standing nearby asked me where I was from and how I’d chosen to travel there.  I told him about my solo journeys then asked where he was from, curious because his accent sounded Scottish.

“Well, it’s a long story,” he said.  “Twenty years ago my life turned around when I became a Christian.  I came here from Nova Scotia to make amends with my Dad.”  He went on to say his father died not long after that.

That ‘divine appointment’ made me feel that I was on a path meant for me, that it wasn’t just whimsy.  Now, as I prepare for my trip to Scotland, I’ve been reading the history of the Highland Clearances, how folks were forced off their land and out of the country.  Nova Scotia and North Carolina received some of those immigrants.  I may share a heritage with that security guard whom I met nine years ago.

That ‘thin veil’ of Iona awaits.  I wonder what discoveries I’ll make in that place, what divine appointments there’ll be with the people in my path.

altar for my Iona journey

Has there been a time in your life when you’ve experienced that ‘thin place’ between earth and heaven?

How did that experience impact your life?

Have you stepped out into the unknown and later discovered you were on your unique path?

6 thoughts on “The Thin Veil”