Today we celebrated my grandson, Baker’s first birthday. In a house decorated with colorful balloons and fiesta themed tablecloth the day before Cinco de Mayo, we gathered cousins and other family members around our little one year old.

My Grandson, Baker celebrating ‘Uno’ birthday with his Dad, my son, Brooks

Seeing his cousins ‘helping’ Baker open his gifts since they are older, reminded me of how the same was true when my two sons were young; their cousins came to their birthday parties– now those cousins are the parents. How gratifying to watch our family connections extend into the next generation. 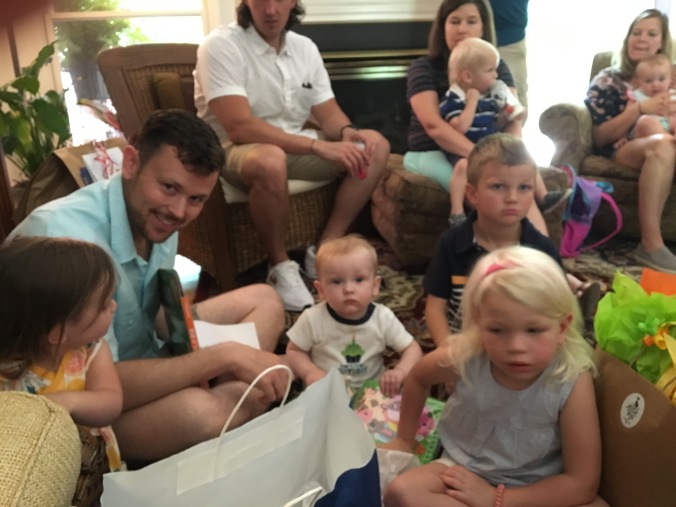 Baker in the midst of his cousins, just as his father was all those years ago.

Looking back over the year since we got that call to go to the hospital when Emily was in labor with Baker, I’m amazed. Being the grandmother, you have enough distance that you can see the changes, and you can also anticipate what’s next– from having your own kids. While I’d expected to be an attentive ‘Grammy’ from a five-hour distance, going at regular intervals from Durham, North Carolina to Charleston, South Carolina, I was shocked at an unexpected change; my son lost his job and the new job relocated him to just a twenty minute drive away.

Made this little fellow a ‘Tarheel’ once he moved to NC

That was just the first surprise. After they relocated it was time to work out childcare for Emily to take her position as a Breast Cancer Nurse Navigator at UNC hospital– the same place I was treated eighteen years ago. After considering everything, I offered to take care of Baker two days a week– what I could do given my part-time research nurse job and writing. Wednesdays and Fridays became Baker’s days with Grammy and the other days he goes to daycare.

One of the difficulties of this first year of Baker’s life is he doesn’t sleep well. The days I take care of him are long, and can be tiring, but my endurance has increased and we’ve gotten into a rhythm of how to spend the hours. Sometimes he needs to be held more to get to sleep, requiring me to rock him in the quiet so my little easily-disturbed-sleeper gets enough of a nap. During those times of that rhythmic contemplation while listening to his gentle breaths, looking out the window at the tree branches in the afternoon light, it’s a reminder to just be still– let everything go except the most important one in my arms. 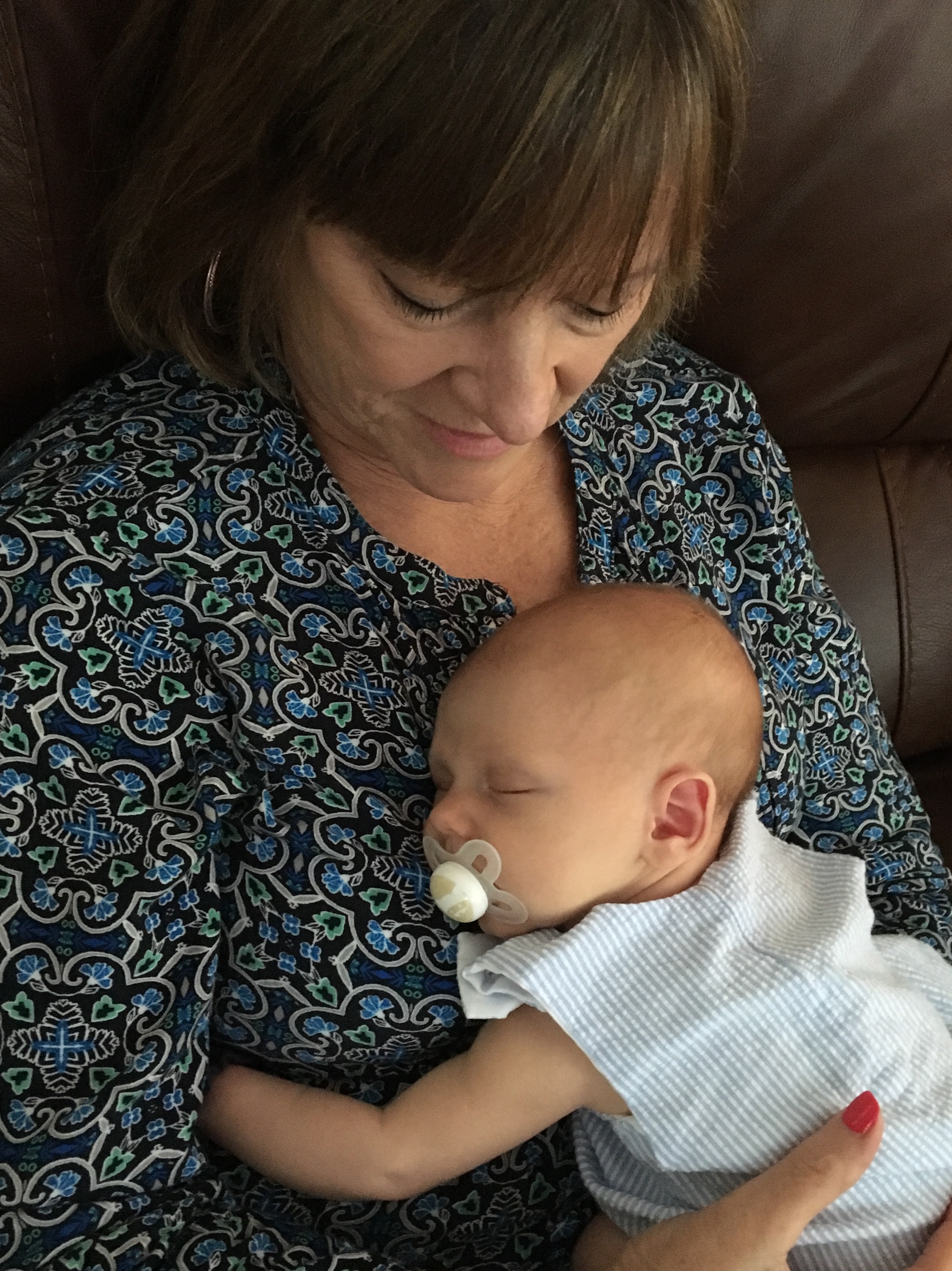 Watching Baker progress from sitting up, to crawling, to walking at 10 months has been a reminder of how all important accomplishments come a small step at the time. Seeing him every week, without the stresses of being his parent, I notice the way he gains the strength in one week to keep his head tilted forward so he doesn’t hit it back against the floor when he plops down.

He reminds me of delight when he develops the coordination to clap his hands, smiling and laughing when he’s able to clap in succession. Oh to be like a child and experience the joy of those new discoveries! Sometimes, I’m caught up with him in that joy and songs from my childhood bubble up and I sing them to him. My adult life has buried them deep within and through Baker’s exuberance, they’re brought forth.

I look forward to watching Baker as the world opens up to him even more in his second year of life. At his birthday party, we made plans to visit a local zoo with his cousins and a farm with hayrides in the fall. There will be first swimming lessons, and lots of other firsts– just like there were this past year. And there will be surprises that we can’t anticipate, but through everything we’ll be united together as a family, raising this little boy who brings us great joy. 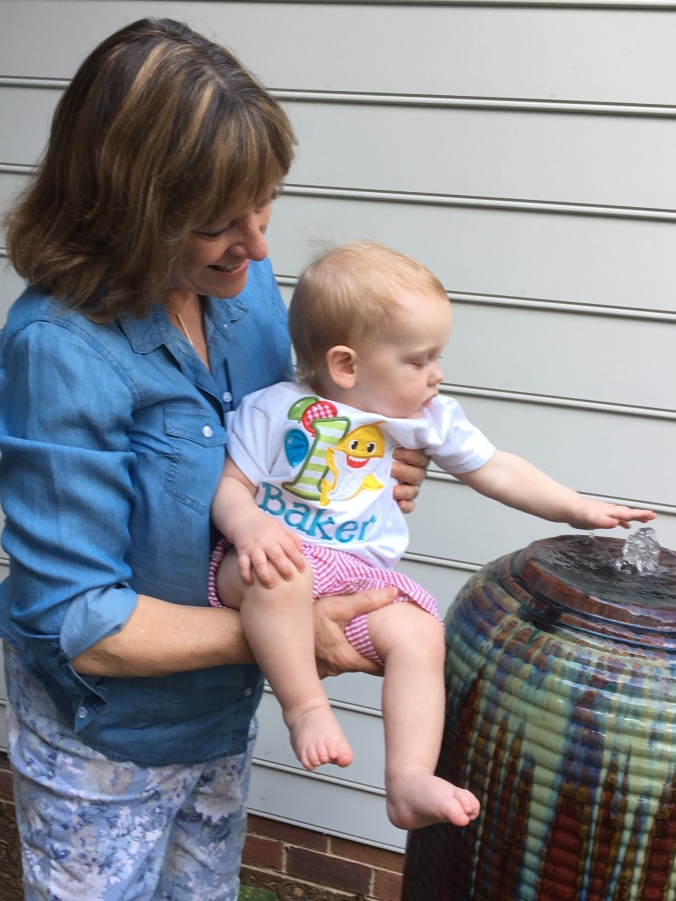 4 thoughts on “First Year of Discovery”