We sat in front of the television eating our barbeque sandwiches and watching Perry Mason reruns.  My cousin, Linda, had loved that show since she was a twenty-year-old when it was produced in 1961.  I remembered seeing it as a girl, and at the time, I didn’t appreciate how handsome Raymond Burr was—which I saw now.  Linda thanked me for coming to see her and for bringing the North Carolina style barbeque, saying several times, “It’s just not as good in Florida.”

We ate our savory sandwiches with deli coleslaw and kettle fries and a healthy serving of bread-and-butter pickles from a huge Sam’s jar.  It was early afternoon in the 55-and-Over neighborhood of her Gulf Coast community where some of the snowbirds were preparing to return to Canada and other northern destinations.  Linda was debating about continuing her pattern of living between North Carolina and Florida, the burden of maintaining two homes more difficult as she grows older and health problems increase.  A new Perry Mason episode started and I was reminded of how all shows were in black-and-white on our first television, feeling as if I’d slipped back into our family room in the sixties.

We continued with the show and reminisced about childhood— her memories so different from mine since she’s fourteen years older.  She shared stories I’ve never heard.  I hadn’t realized how much caregiving she’d done in her lifetime—two husbands, her parents, and hardest of all, her younger child—a son, my cousin, Joe.  It had been less than two years since his death.  As a mother, a mother of sons, my heart had broken for Linda.

It was only in the last few years of Joe’s life that I’d gotten to know him.  He’d lived in Virginia until a serious injury at work led to a downward spiral of one complicated medical problem after another.  Eventually, he needed his mother’s care and in his early forties had to move in with her in North Carolina.  I’d see Joe when he came with Linda to visit.  Gradually I got to know him.  When he was finally well enough to attempt a new career, he completed a program to be a pharmacy tech.  He appreciated that as a nurse, I understood some of what he’d studied.  We started talking on the phone and I came to know some of the things he loved.  Like basketball.

The one thing Joe and I didn’t agree on was our favorite college team; he pulled for Duke and I’m a UNC-Chapel Hill alumna– arch rivals.   He was supposed to visit me and we were going to Duke’s campus for him to buy Blue Devils’ team wear.  But that trip had to be canceled twice.  I could hear the disappointment in his voice.  In an act of love, I went there and bought that jersey for him and threw in some Cameron Crazies’ Blue Hair.  I told him he had to wear it when he watched every game and scream like they do.  It was a poor substitute for him being well enough to make the trip, but it provided a bit of humor, a slight boost of hope.

During the weeks before Joe died, he’d been much stronger and was able to do two things he loved: attend a Nascar race and a Kiss Concert.  I knew he loved Nascar, but I didn’t know he was a Kiss Groupie until he texted me a picture, backstage with Gene Simmons and the rest of the band.  He called to tell me what an incredible time he had and how he and Linda were looking forward to visiting us the next weekend.

But on the following Tuesday, my sister called to say that Joe had died.  I was shocked.  I could not imagine the depth of pain and despair Linda was experiencing.

Sitting in the quiet of Linda’s family room, now eighteen months after Joe’s death, we talked about that shock.  As hard as it was to relive that with her, I was glad that I’d developed a relationship with Joe and had shared some of his last days with him, and now could remember them with Linda.

Before each solo journey, I pray about where I should go and for the people and places in my path.  It was my first pilgrimage in March, and when I left on the 21st, the day before my birthday, a family member texted me to say that day would have been Joe’s birthday.  I didn’t know.

But God did, I thought.

Soon after I arrived, I went ahead and brought it up.

“You know, I don’t think Joe and I ever talked about our birthdays,” I told Linda.  “Guess with ours’ just a day apart, that’s why we understood each other.”

She nodded and said, “Probably so.”

I was glad we could talk openly about what I knew she must be thinking.  When we went out to dinner on my birthday, we toasted me and Joe, looking up to draw him into that meal, acknowledging our wish that he was there with us.

Now, I see Linda as strong in spite of being weak from health problems, resilient in spite of a mother’s worst fear being realized.  She has been to the depths of despair, and I thank God that somehow she is rising from those ashes. 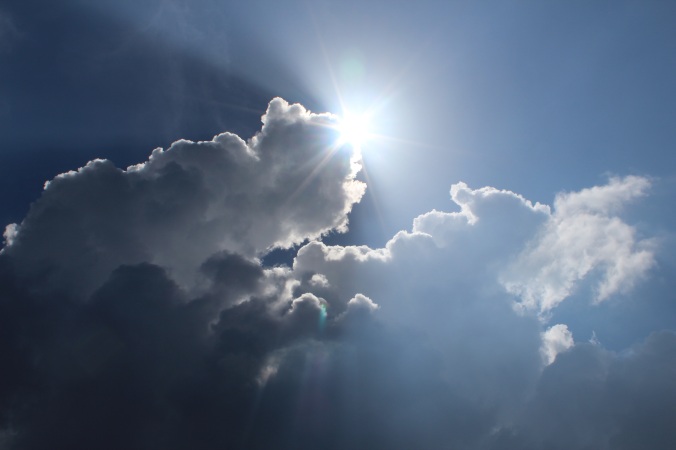 8 thoughts on “Depth of Despair”